We will be joined by Libertarian Candidate Dustin Evans. Dustin is running for Virginia State Delegate in the 16th District. C. Michael Pickens will be creating Dustin's campaign prospectus from scratch and teaching you how to create your own.

This will be based on C. Michael Pickens' new workbook, "Your Campaign Success Coach." 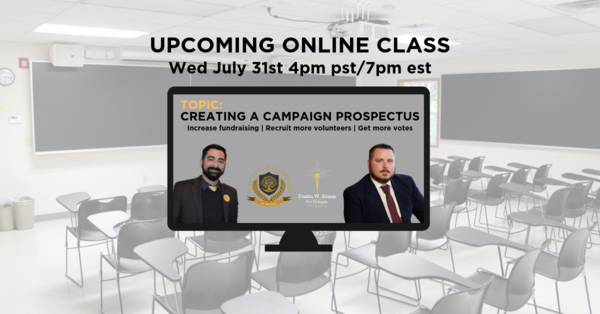